In [Your] Living Room, Episode 3: The Sam Chase 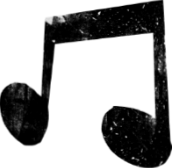 Join us on Friday, February 26th at 6pm for In [Your] Living Room, Episode 3:  Featuring The Sam Chase.

If you’re a JFFA patron, you’ve likely seen The Sam Chase perform and, if you’ve seen him perform, you’re likely a fan.  Sam’s beautiful melodies, his clever, thoughtful lyrics, and his quick sense of humor keep us coming back for more.

The Sam Chase made his Juan de Fuca Festival debut in 2013 and has cultivated a mob-like following in the PNW since that day.  His local shows have ranged from an intimate duet to a ground shaking octet with boundless energy. Port Angeles now sits as his second largest fan base, only outnumbered by his hometown of San Francisco.

This past year has kept him busy perfecting his live streaming offerings and writing and recording multiple albums as he awaits the day we can gather again in person to truly enjoy his shows as they are intended.

This show is your chance to experience the magic of his music without leaving home.  Grab your favorite beverage, kick back in the comfort of your living room, and join us on Friday, February 26th as we kick off the weekend.

Join our mailing list and be the first to find out about upcoming concerts, Festival news & lineup, and community events.