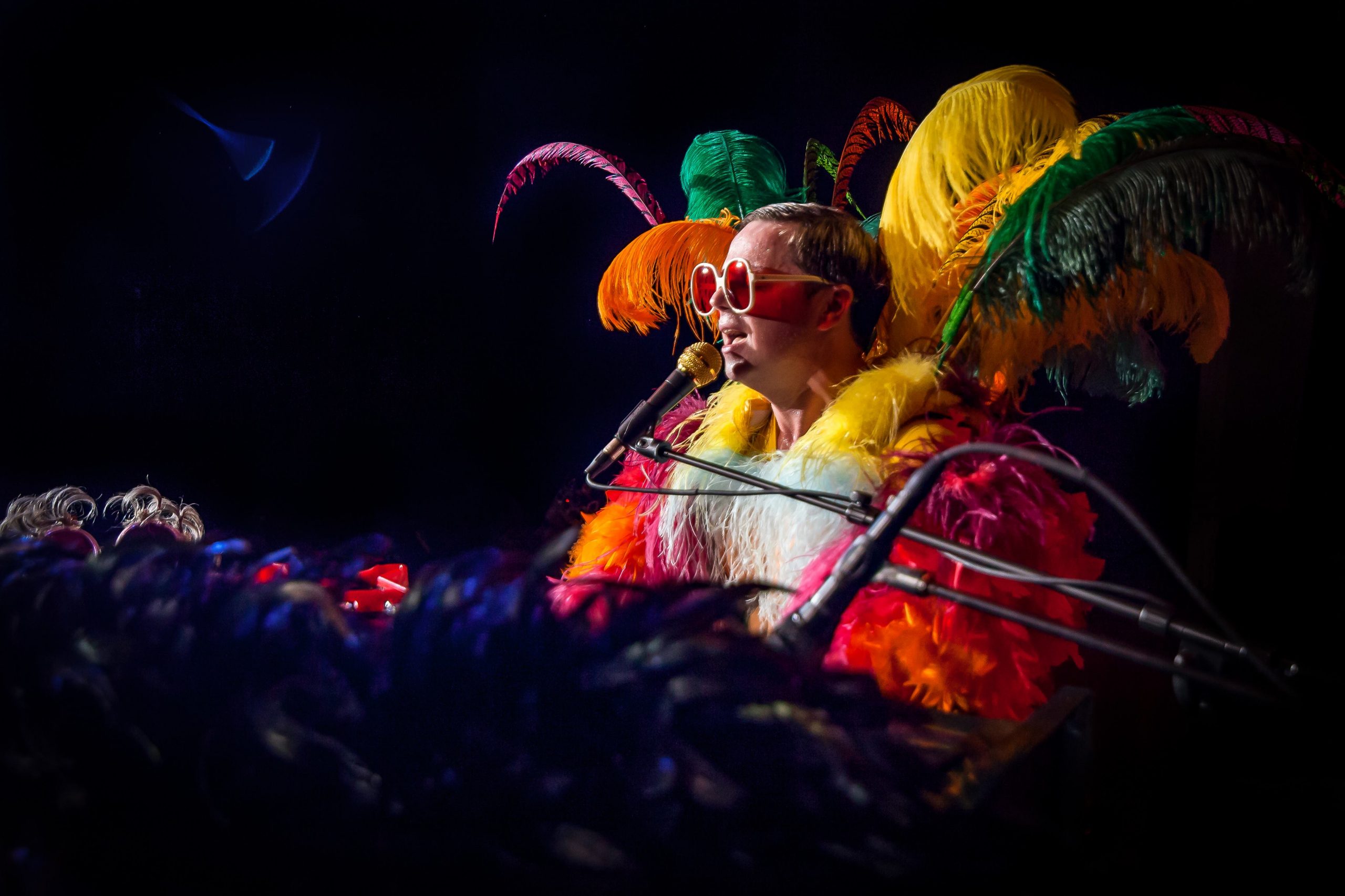 Rus Anderson is Elton John’s official body double for
his Farewell Yellow Brick Road tour promo video & photos. Picked by
the man himself, Rus performs as a young Elton John in
The Rocket Man Show – driving a night of Elton’s greatest hits, with
spot on vocals & fierce piano playing. Rus recreates an early
Elton concert with gorgeous, colorful and flamboyant costumes
actually worn by Elton – including boots, glasses & jumpsuits
from 1973, and his sparkly tuxedo from 1984! Audiences are in for a
night of nostalgia, singing, laughing & participation.
Remember when rock was young? You will after the show!