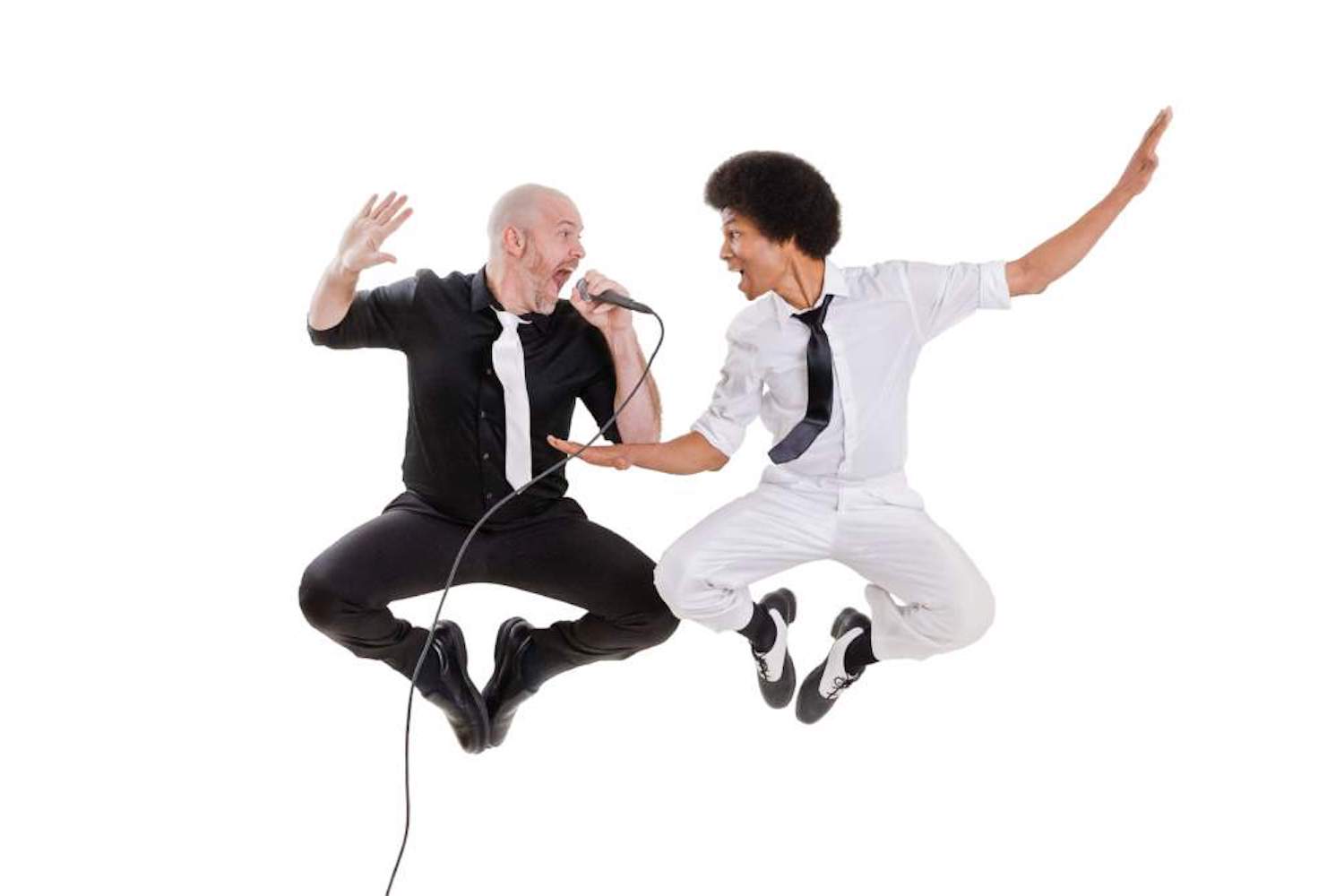 Collision of Rhythm is a duo comprised of the tap-dancing classical virtuoso, Aaron Williams, and beatbox-juggling keynote speaker, Bronkar Lee. They have worked with companies like GoPro, Coca Cola, and Google, and have been featured on The Tonight Show, America’s Got Talent and SuperBowl commercials. Both have achieved internet fame with “rhythmic” viral videos — Aaron, through his virtuosic rendition of “Mario on Marimba” (over 30 million views), and Bronkar, as the “Beatbox Dad”, through a video of him beatboxing with his son (over 144 million views). Though there are only two of them, they fill the stage as a 12- person ensemble would, moving from instrument to instrument with a high level of skill and diversity. What’s created is a richly explosive experience like nothing else out there — rhythm- centered, but also full of melodic movement and dynamic depth.

With drumming, tap dancing, rhythmic juggling, marimba, piano, saxophone, flute and so much more, the show has been described as “Stomp meets Blue Man meets Cirque du Soleil.” The pure joy that music and rhythm has instilled within these two humans is. extended to every audience member throughout the performance. Between choreographed musical pieces, there is audience interaction, humor, and personal stories that make this show all at once captivating, inspiring, and flat-out extraordinary.